Whitewater rivers are classified on a scale from 1 – 6. Though rivers are given a general classification based on the level of their most difficult rapids the classification really refers to individual rapids. For example the Ocoee River is considered a Class IV river but only 3 of its 30+ rapids are class IV rapids. Most of the Ocoee River’s rapids are Class III with stretches of class 1 and II between rapids.

Class I: Fast moving water with a few rough patches that might require some maneuvering. (Skill Level: Very Basic)

Class III: Swift whitewater, small to medium waves, ledges and drops of up to 4 feet, but no considerable danger. Requires significant maneuvering to navigate successfully but the consequences of error are generally minimal. (Skill level: an experienced guide is recommended)

Class IV: Whitewater with medium to large waves, difficult to avoid rocks, steep and high drops in which sharp maneuvers may be needed. The consequences of error may involve injury (Skill level: An experienced guide is required)

Class V: Whitewater with large waves, large volume, large rocks difficult to avoid and hazards such as under cut rocks which may be potentially deadly, large drops often over 10 feet which require precise maneuvering. (Skill level: a guide with advanced whitewater experience and an experienced crew)

Class VI: Class 6 rapids are considered too dangerous to successfully navigate on a regular basis. Rafters can expect to encounter substantial whitewater with huge waves, huge rocks and hidden hazards, and substantial drops. (Skill level: successful completion of a Class 6 rapid without serious injury or death is widely considered to be a matter of great luck or extreme skill. Class VI rapids are not run commercially in the United States) 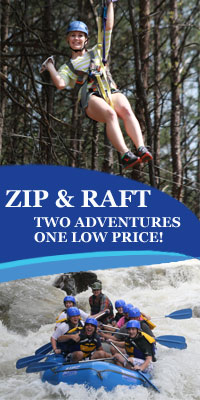